Dr David Lowe Consultancy: Who he is and what he can do for you

David has a wide variety of experience in the area of terrorism & security, policing and criminal law. In addition to work his consultancy work for both the private and public sector, David is a former police officer where he carried out a variety of CID and uniform roles and in the past 12 years David is currently an academic researching and teaching terrorism & security, policing and criminal law. He is widely published in these areas from books, book chapters,  journal articles to newspapers. Due to his expertise, he is consistently used by the UK national and international media for expert commentary in his research areas.

Services provided by his consultancy business: 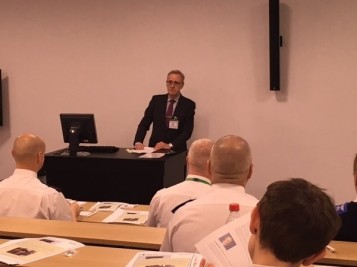 3. Based on David’s experience as a police trainer and university lecturer, Examples of Training Provision (David can develop many areas of training required):
a. Points of evidence required when supplying statements to the police;
b. Developing companies’ resilience related to terrorism, security and criminal activity;
c. Supporting staff implementing of the Prevent strategy (assisting those vulnerable to being drawn towards terrorism). This includes staff in agencies that have a statutory duty under section 26 Counterterrorism and Security Act 2015;
d. How the current terrorist threats in context impacts on business;
e. Applying in the workplace the principles of the ‘Run, Hide, Tell’ programme regarding response to a terrorist attack.

4. General Security Work
David has knowledge and experience in visiting premises and enhancing security provision in the workplace covering a range of issues from effective CCTV coverage to enhancing company protocols and practice

I have hourly, all-day and half-day rates. These vary and are negotiable depending on length of project and level of expertise required. Typical cost has been £100 per hour, £500 all-day rate and £300 half-day rate on medium size projects.

He can be contacted via email: davidlowe59@virginmedia.com

Conferences and Symposia – David has experience in delivering presentations and papers at a variety of conferences regarding terrorism & security, surveillance/data protection, criminal law and policing. If you are looking for a keynote speaker or a presentation at your conference/symposium contact David.

Examples of Work Carried Out

Expert Witness Work – David has provided expert witness evidence for both prosecution (including work for the Metropolitan Police’s counter-terrorism unit SO15, Irish State Prosecutor and An Garda Siochana) and defence (various firms of solicitors)

Regional Prevent project ‘1002 Nights’ – this project took place in the Burnley area in Lancashire, Liverpool and Manchester that involved pupils in secondary education and the communities in delivering Prevent initiatives where ownership is with the community rather than state agencies. In this project David worked alongside The Great Northern Impact Hub, primary and secondary schools, social services involving youth workers and the police. Among the initiatives produced, pupils from some of the schools produced videos related to the dangers of being drawn the extremist narrative that were written, filmed and produced by sixth form pupils with support from the teaching staff with the aim of using the videos to give the message to other children and young people. David helped the project receive external funding.

The New Bridge Group of Schools – David is currently engaged in another project emanating from a Prevent symposium he organised at Leeds Law School. The Assistant CEO of The New Bridge Group of Schools in Oldham attended the event and asked for David’s assistance in creating an Assessment Support Centre with Oldham and Tameside Local Authorities with the aim of supporting young people to gain a positive social engagement. He assists in relationship management and deliver sessions regarding a dialogue for engagement with young people with a focus on developing training on countering extremism.

Protect/Prepare Initiatives – David is an ambassador for citizenAID, a charity created by UK civilian and military clinicians working in collaboration with industry to improve public resilience from the British Army’s Medical Services and Birmingham University Hospital. From this David is currently involved in putting in place policies related to building the resilience of towns and cities from terrorist attacks.

1980-2007, police officer, Merseyside Police, retired a detective sergeant. During David’s service he carried out a variety of uniform and CID roles

1978-1980, communications officer, Foreign & Commonwealth Office where I was posted to various UK embassies, mainly in the Middle East

citizenAID Ambassador – citizenAID is designed to guide the public to react safely, to pass effective messages to the emergency services, to prioritise the injured and to give life-saving first aid following a terrorist attack

Club Liverpool Ambassador, in January 2018 received certificate of recognition for bringing in over £400,000 impact to  Liverpool city region

Member of the Academic RiSC. The Academic Resilience & Security Community (Academic RiSC) is a network of universities formed to promote academic engagement in solving challenges in national security and resilience. Academic RiSC is recognized by the Home Office and other Government Departments as a portal to academia for this area.

Member of the Academic Association for Contemporary European Studies (UACES) 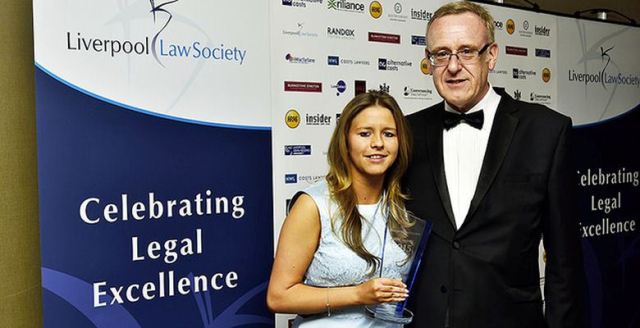