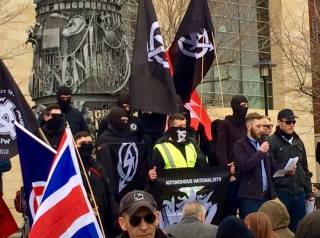 Over the last few years there has been a rise in far right activity, not just in the UK but globally. In the US we have witnessed the rise in far right group activity leading to violent clashes such as that seen recently in Charlottesville where a car was driven into a crowd killing one person and injuring nineteen others. Whether this has been in response to Islamist groups’ activity is questionable. Far right groups have been active in western states over many years, it might just be that in the current climate where many have concerns of recent actions carried out by Islamist  groups that pose threats to personal safety in day-to-day activities far right groups feel more comfortable in being more able to express their ideology. Added to this we have seen a rise in the popularity of nationalist political parties. This was seen in the 2016 Dutch elections with Geert Wilders, the leader of the Party for Freedom who secured a significant rise in votes and seats in the Dutch Parliament and Marine le Pen, the leader of the National Front party in France who ran second to Macron in the 2016 French presidential elections. It could be argued that the popularity of the likes of Nigel Farage, the former leader of UKIP, who was one of the most strident in encouraging the UK electorate to vote leave in the 2016 EU referendum  with his message related to immigration and the slogan ‘We want our country back’ . It could be argued these political events along with Donald Trump winning the US 2015 presidential election with his xenophobic messages in the ‘Make American Great Again’ slogan have created a  safer environment where far right groups feel able to be more open and vocal in their message. 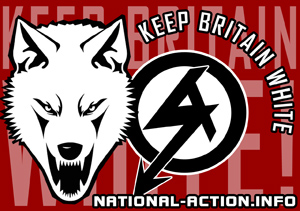 The threat and danger to life far right groups pose should not be underestimated. Recent examples in the UK include  Zak Davies who was radicalised online and a member of National Action was convicted of attempt murder in June 2015 when he tried to behead his victim, a Sikh, who Davies thought was a Muslim. In November 2016 Thomas Mair who was also radicalised to the far right narrative was convicted  of murder after killing a UK Member of Parliament, Jo Cox in June 2016. In June 2017 Darren Osbourne is allegedly suspected of being influenced by far right ideology when he allegedly drove a vehicle into worshippers who were leaving Finsbury Park Mosque in London, injuring eleven people.

As Islamist terror activity has been prominent both in actual attacks and in the media, it is understandable that other forms of extremism seem to have either been ignored or not recognised by many people. This is why working to help achieve the aims of the Prevent strategy is important. It is better to help people at a pre-criminal stage who are attracted by an extremist narrative and as such are being drawn towards terrorism. It is not perfect, but it is the best we have got. All forms of extremism, even non-violent extremism that glories violence are dangerous and must be differentiated from activism. For a more detailed analysis of this issue see my article in Studies in Conflict & Terrorism ‘Prevent Strategies: The Problems Associated in Defining Extremism: The Case of the United Kingdom’.