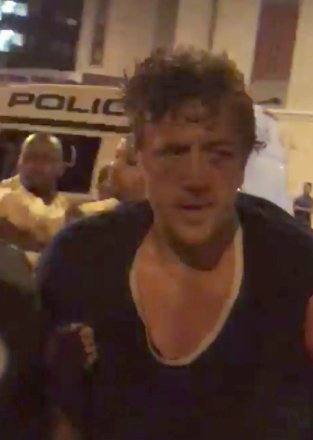 Darren Osborne has been convicted of murder and the attempted murder of nine others when he drove a van into Muslim worshippers at Finsbury Park in June 2017. Osborne received a life sentence where he will serve a minimum of 43 years in prison. While tried for murder, as it usual with terrorist incidents when persons are killed, the political cause (here extreme far right) was a sentencing factor and the trial judge, Mrs Justice Cheema-Grubb stated that Osborne’s actions was a terrorist attack as he intended to kill.

It is important we recognise the dangers the extreme far right pose to the security and safety of citizens, not just in the UK but globally. Extremism in all its forms from Islamist to extreme far right.

In the UK, while the UK extreme far right group National Acton was proscribed in December 2016 as a terrorist organisation (that was followed the groups morphed after National Action was proscribed, Scottish Dawn and NS131), there are other extreme far right groups whose extremist message is influencing others towards violence carried out in their name. That violence is invariably targeted towards minorities, that for many far right groups does not just focus on race and religion but sexuality and political views.

The group Britain First is a prime example of an extreme far right group the UK government should seriously consider proscribing as a terrorist organisation. Currently its leader, Paul Golding, and its deputy leader Jayda Fransen are on trial for allegedly carrying out religiously aggravated harassment. The pair  targeted a person related to a rape trial. This is not the first occasion Golding and Fransen have been arrested and appeared in court. There are many examples  including in December 2017 Fransen appeared at Belfast Magistrates Court for allegedly using anti-Islamic comments. In December 2016 Golding was jailed for eight weeks for breaching  am injunction prohibiting him from entering mosques in Bedfordshire. In November 2016 Fransen was convicted for religious aggravated harassment, receiving a £2,000 fine.

While Britain First’s mission statement does not explicitly state it is anti-Islamic, there is a picture of Golding and Fransen with their supporters with a banner saying ‘Time to fight Islamic terror’. The statement says Britain First’s policies are pro-British, loving ‘our people, our heritage and culture’, defending them no matter what odds the group faces, the question is who is ‘our’? The statement is clear the group is anti-foreigner,. anti-asylum seeker and anti-migrant, adding that Christianity, that the group sees as the bedrock and foundation of Britain’s national life, is under ‘ferocious assault, with Christians facing discrimination and persecution.

It is perhaps time now for the UK government to proscribe Britain First as their narrative does influence others to believe their skewed and warped ideology. The problem of them being free to release anything they want to say is the group can grasp any legitimacy of its narrative, especially when that legitimacy comes from an unexpected source like the US President. In November 2017 US President, Donald Trump retweeted three of Fransen’s tweets that purported to show actions of Muslims , with those actions being shown to be a false depiction of what Fransen was using them for. Fransen jumped on this using it to legitimise Britain First’s narrative claiming that the US President supports them. This incident caused a bitter row between the UK Prime Minister, Theresa May and Donald Trump. Donald Trump has since said he is prepared to apologise for retweeting Britain First’s tweets, claiming that he had no knowledge of what the group stands for.

Although small in membership numbers, groups like Britain First and National Action do inspire others to carry out violent attacks. This is why they should all be proscribed a it gives the security services and the police wider powers and a wider number of offences to deal with the far right. This is seen in the number of arrests there have been on members of National Action, where even in January 2018 six alleged members of National Action were arrested in the UK. In addition to the wider powers being proscribed organisations reduces the platforms from which to spread their damaging and dangerous narrative with which to inspire those less aware of current affairs or special issues from carrying out acts of violence. Anything that does this has to be a positive move.

It is important counter-narratives are developed and used against all forms of extremism and this is an important strand of Prevent strategies. While Prevent has had its problems in the past, there is no credible alternative to use at the moment and the strategy does work. We should all work towards the goal of helping those who are vulnerable to being drawn towards terrorism by producing an effective counter-narrative and making as hard as possible for any extremist group to get their message out.