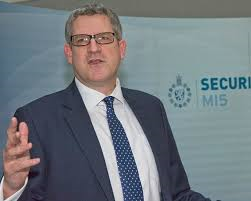 MI5’s Director, Andrew Parker has warned the UK’s security services are facing an intense challenge from terrorism. He said the tempo of counter-terrorism operations was the highest he has seen in his service with MI5, currently running at 500 live operations involving 3,000 individuals. Even though seven major attacks have been prevented in the last seven months in 2017, the UK has suffered five attacks, four in London, one in Manchester with four inspired the Islamist narrative, one allegedly by the far right narrative.

The threat comes from individuals who have returned to the UK after having fought with Islamic State (IS) in Syria/Iraq and IS’ use of electronic communications and propaganda to recruit/inspire individuals to carry out attacks (mainly low level using vehicles and sharply bladed instruments). Following the loss of control of Raqqa this week, although IS no longer controls major/important geographical locations, their narrative is still alive and influencing individuals. Due to the overwhelming forces fighting them, it is likely IS could see they would lose the territory they controlled and have made preparations to carry out their fight by use of guerrilla warfare in Syria/Iraq, placed sleeper cells in western states containing individuals who have fought and been trained in Syria/Iraq and continue to use their effective communications system to recruit/influence new followers. This in itself will pose a threat to many states’ national security in the next few years. 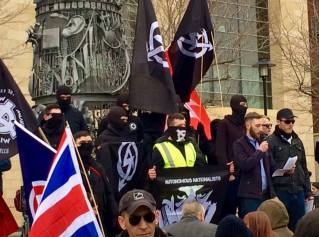 Regarding the UK, Andrew parker did not mention the terrorist threat the UK faces from the extreme far right. Since the group National Action were proscribed as a terrorist group in December 2016 there have been a number of arrests linked to the group. This includes the arrests on the 27th September 2017 where eleven suspected members of National Action were arrested with six of them suspected of preparing acts of terrorism.

This explains why the UK’s threat level is still at severe (an attack is highly likely). Questions will continue to be asked as to how attacks still occur, but as Andrew Parker said, seven serious attacks were prevented in 2017 alone. The UK’s counter-terrorism model of security where the security services work alongside the police supported by units like the Joint Terrorism Analysis Centre (JTAC) is still effective. Those assessed as a risk will be investigated, but those who are not on any intelligence system or who is perceived as a peripheral figure still pose a threat. It is impossible to mount 24 hour, seven days a week surveillance on all those in the intelligence systems. It is logical that resources are focused on the greatest risk and as such I see the UK’s threat level remaining at sever for the near future.

I discussed this on BBC Radio Scotland at 6.50am this morning and will be again for BBC Radio WM between 9.05-9.20am (BST) today.