MI5’s Director, Andrew Parker has warned the UK’s security services are facing an intense challenge from terrorism. He said the tempo of counter-terrorism operations was the highest he has seen in his service with MI5, currently running at 500 live operations involving 3,000 individuals. Even though seven major attacks have been prevented in the last seven months in 2017, the UK has suffered five attacks, four in London, one in Manchester with four inspired the Islamist narrative, one allegedly by the far right narrative. 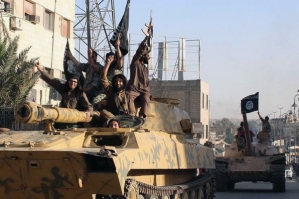 The threat comes from individuals who have returned to the UK after having fought with Islamic State (IS) in Syria/Iraq and IS’ use of electronic communications and propaganda to recruit/inspire individuals to carry out attacks (mainly low level using vehicles and sharply bladed instruments). Following the loss of control of Raqqa this week, although IS no longer controls major/important geographical locations, their narrative is still alive and influencing individuals. Due to the overwhelming forces fighting them, it is likely IS could see they would lose the territory they controlled and have made preparations to carry out their fight by use of guerrilla warfare in Syria/Iraq, placed sleeper cells in western states containing individuals who have fought and been trained in Syria/Iraq and continue to use their effective communications system to recruit/influence new followers. This in itself will pose a threat to many states’ national security in the next few years.

Regarding the UK, Andrew parker did not mention the terrorist threat the UK faces from the extreme far right. Since the group National Action were proscribed as a terrorist group in December 2016 there have been a number of arrests linked to the group. This includes the arrests on the 27th September 2017 where eleven suspected members of National Action were arrested with six of them suspected of preparing acts of terrorism. 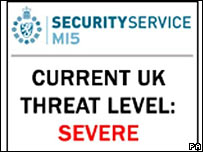 This explains why the UK’s threat level is still at severe (an attack is highly likely). Questions will continue to be asked as to how attacks still occur, but as Andrew Parker said, seven serious attacks were prevented in 2017 alone. The UK’s counter-terrorism model of security where the security services work alongside the police supported by units like the Joint Terrorism Analysis Centre (JTAC) is still effective. Those assessed as a risk will be investigated, but those who are not on any intelligence system or who is perceived as a peripheral figure still pose a threat. It is impossible to mount 24 hour, seven days a week surveillance on all those in the intelligence systems. It is logical that resources are focused on the greatest risk and as such I see the UK’s threat level remaining at sever for the near future.

I discussed this on BBC Radio Scotland at 6.50am this morning and will be again for BBC Radio WM between 9.05-9.20am (BST) today.

This means there is reasonable suspicion that another attack will occur, possibly similar to that seen in Parsons Green. The Metropolitan Police’s  Asst Commissioner Mark Rowley who is a senior counterterrorism officer has said that there is an intensive investigation into the attack. I agree with him that even where there is an attack by a so-called ‘lone wolf’ there is usually someone assisting them or even encouraging them to carry out the attack. Clearly the investigators will be going through the forensic evidence obtained at the scene, the CCTV footage, witness statements and the intelligence systems.  I mentioned this in my media interviews yesterday with the BBC news channel, BBC Radio, talkRadio and LBC (you can hear one of my interviews from yesterday with BBC Radio Merseyside that is 1 hour 1 minute 13 seconds in).

As I predicted in my last blog, Islamic State have claimed responsibility. In doing so this does not mean that whoever carried out the Parsons Green attack had direct orders from the group, it is as I explained someone who is inspired by the group’s Islamist narrative. This is pattern we have seen from Islamic State with most of the attacks that have been carried out in Europe over the last 18 months.

One question I was asked in most of my interviews yesterday was if this is the ‘new normal to expect’. It appears so and if anyone is suspicious about anything, no matter how minor, to support the UK police and security services call the anti-terrorism hotline 0800 789 321 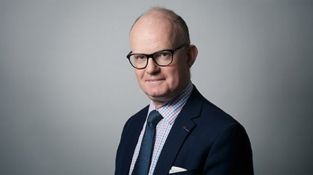 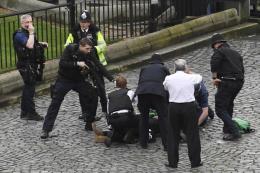 In an interview with the Press Association the UK’s Independent Reviewer of Terrorism Legislation, Max Hill QC, has said the maximum sentence for some of the UK’s terrorism offences may be too low. In saying this the example he gave was section 38B Terrorism Act 2000, which is an offence linked to an investigation as an expert witness I am currently assisting the police with.

Section 38B is an offence where a person does not inform the police when they believe someone is preparing acts of terrorism. The section applies where a person has information they know or believe might be of material assistance in preventing another person committing an act of terrorism or in securing the apprehension, prosecution or conviction of a person in the UK of an offence involving the commission, preparation or instigation of an act of terrorism (section 38B(1) Terrorism Act 2000). The offence is committed where the person does not disclose the information as soon as reasonably practicable (section 38B(2) Terrorism Act 2000). Proceedings for this offence can be treated as having been committed in any place where the person to be charged is or has at any time since he first knew or believed that the information might be of material assistance (section 38B(6) Terrorism Act 2000).

I have emphasised the term ‘believe’ as this widens the capability of the offence being committed. Just having a hunch that something is not right might be insufficient for a prosecution to succeed in relation to section 38B. For a successful prosecution there will have to be evidence the person charged actually had knowledge that an act of terrorism is being planned or prepared by another.

As Max Hill says, this is not about introducing further terrorism related legislation, it is about allowing the judiciary wider sentencing capability where evidence relating to acts of terrorism is present. As he points out, in the UK there are wider criminal offences related to firearms, knives, assaults and violence against persons that can be applied to acts of terrorism, but if it is proved to be terrorist related activity, this will be a sentencing factor the judiciary can apply. We have seen this in the UK in the murder trials of Lee Rigby and Jo Cox, where the respective defendants were tried for murder with terrorism being a sentencing factor that increased the minimum sentence they had to serve on being found guilty.

I agree with Max Hill, for offences like section 38B the maximum sentence is too low. This offence is likely to be triggered during an investigation following a terrorist attack victims have been killed or seriously injured. Along with the tragic results of terrorist attacks, the high volume of work investigators put into gathering evidence related to this offence does not justify the relatively light sentence a defendant can receive following conviction. I understand that for the police and the Crown Prosecution Service it is the successful conviction it is not the length of sentence that is of concern just the successful prosecution, but this is a maximum sentence and with other sentencing tariff issues that could be taken into account the sentence could be a lot lower that 5 years. I agree with Max Hill’s recommendation that a list or a schedule be provided to assist the judiciary which non-terrorist offences that may considered to have the terrorism aggravating factor considered in sentencing  defendant, with, maybe a consideration of amending some offences with a higher sentence.