While UK mainstream media understandably focuses on issues related to Brexit, anti-Semitism rows in the Labour Party, knife crime in London, issues related to US president Trump and even the recent heatwave (which more recently has only been in the southeast of England), in 2018 there have been a number of disturbing incidents occurring in six UK counties. Those are the six counties that make up the north of Ireland. It is disconcerting how these incidents tend to get very little mainstream media coverage on the British side of the Irish Sea. 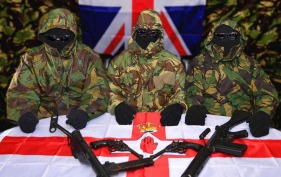 A brief overview of some of the recent incidents  includes:

The current terrorist threat in the north of Ireland is severe, but not from Islamist or far-right terrorist activity, but from dissident republican and loyalist groups, with that threat from Irish related terrorist activity being moderate in Britain. This activity is not recent, 2009 saw the then Real IRA shoot and murder British soldiers at Massereene Barracks in County Antrim, the murder of PSNI officer Ronan Kerr in Omagh 2011, car bomb outside MI5 offices in Belfast, mortar bombing of Strand PSNI station Derry, murder of prison officer David Black, and this is not an exhaustive list of terrorist activity that has occurred in the North since 2009.

This year marks the 20th anniversary of the Good Friday Agreement (GFA) yet there is a danger of dissident republican and loyalist groups increasing use of violence destroying all the good work that has happened since the GFA. When incidents have occurred it is heartening that people have come out and protested against the violence under ‘not in my name, as seen when Ronan Kerr was murdered and more recently after the disorder in Derry. It will need political leadership as well as communities wanting real change. In April I was canvassing for the SDLP candidate Daniel McCrossan during the West Tyrone byelection and it was interesting to canvass certain parts of the constituency where old views, beliefs and the sectarian divide are so strong it appears progress post GFA is struggling to happen in parts of the North. When canvassing I saw fresh IRA graffiti and being told in no uncertain terms that I was not welcome in certain areas because its ‘Sinn Fein’ country. On the other side of the divide it is becoming more disconcerting when Irish tricolours and images of politicians from Sinn Fein, SDLP and other non-Unionist parties are placed on the large bonfires built for the 11th July. This could be construed as condoning loyalist violence and hatred of nationalist and republicans or anyone at all who is not from the protestant community or unionist politics, but this is claimed by some as part of the protestant heritage and culture!

It is time for the DUP and Sinn Fein to compromise and come to some agreement in order to have the NI Assembly up and running at Stormont. In doing so it will allow a new, younger generation of Northern Irish politician like Daniel McCrossan and others to work on improving the infrastructure of the country, improving housing, education and health care, encourage business investment thereby enhancing employment prospects and importantly focus on getting the border issue between the North and the Irish Republic post Brexit sorted to the benefit of both countries (and ultimately the whole of the UK). This is what is wanted in the North, not bickering over the names of parks or continually remembering and honouring Irish terrorists by attending events held in their honour. All this does is keep the North in the politics and culture of the past, including the recent past. To help bring about change it is imperative there is a serious period of reconciliation between the two communities so the North can move on and progress to the benefit of all. If this does not happen then the divide will continually exist in the North with the maintenance of bitterness and hatred with a minority. which is such a contrast to the Irish Republic. As such it would not take much to ignite sectarian violence on a larger scale than what we are witnessing today, but as stated above it is not on the scale as seen during the Troubles, but the increase is gradual. 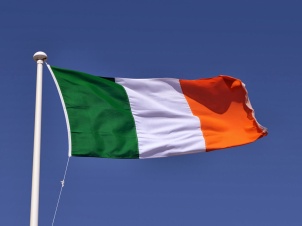 There is an irony in the Irish tricolour flag as the green represents the ancient Gaels, orange to represent the northern followers of William of Orange, and white to symbolise a peace between them. let’s hope this happens with all sooner rather than later. 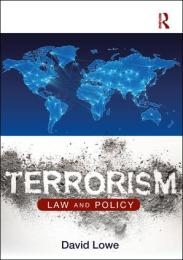 I cover the situation in the North of Ireland in my book ‘Terrorism: Law and Policy’ published in March 2018 by Routledge