In my blog ‘Tommy Robinson is Innocent?’, posted 22nd July 2018, I discussed issues related to freedom of expression and suggested that Tommy Robinson is not committing hate crime. I based this premise on the fact Robinson does not vilify or blame Islam per se or all Muslims for various crimes and terrorist activity. I suggested that provided he remains within the legal parameters of freedom of expression, he be allowed to continue with his social media profile as well as maintain his website.

Even though many find Robinson’s views and commentary offensive, anything that is offensive, provided it does not glorify or promote violence, can come within what is permitted under freedom of expression. Antifa groups should also come under scrutiny for what they promote, in what they say and in how they conduct themselves at public assemblies. Yesterday (1st August 2018) they gathered outside the Royal Courts of Justice in London chanting that Robinson is ‘Nazi scum’. I disagree with that as Robinson never has nor does advocate national socialism, he is expressing comments on some Muslims and some aspects of Islam that many will find offensive, heretical and provocative. This does not make Robinson an Nazi!

However, I agree it is the neo-Nazis are the main problem in relation to the far-right and they both glorify and provoke violence against non-whites, Slavs, Gypsies, Jews, gay and lesbian people and the state. Already the UK has seen one MP, Jo Cox assassinated by Mair a man influenced by the national socialist narrative in 2016 and an plan to kill another UK MP, Rosie Cooper and the police officer investigating him by National Action member, Jack Renshaw who pleaded guilty to this charge in June 2018. This is addition to many assaults on those the neo-Nazi’s see as targets due to their difference and damage to property.

Resistance System Network is the latest UK neo-Nazi group to morph out of the proscribed far-right terroirs group, National Action, where Alex Davies, the founder of National Action, clearly has his fingerprints and DNA all over the group’s activities.

Yesterday the UK’s Court of Appeal released Robinson on bail from prison where Lord Chief Justice, Lord Burnett ruled that Robinson’s article 6 ECHR right to a fair trial was violated and that his case is to be reheard. Where Robinson overstepped the mark was the cases he was alleged to be reporting had reporting restrictions placed upon them, and breaching that restriction can be held as contempt of court.

Let due process take its course and apply the rule of law (Lord Burnett applied the rule of law in finding the court that sentenced Robinson had erred in law), which is what differentiates a tolerant liberal democracy from a totalitarian state. I reiterate once more, restricting freedom of expression because it is offensive, heretical, unwelcome, irritating or provocative is a move to towards a totalitarian state and we should uphold the decisions in the UK’s High Court in Redmond Bate and the European Court of Human Rights in Handyside v UK. 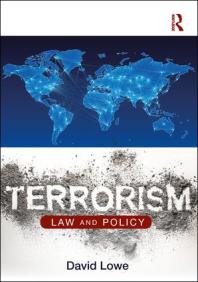 I cover many of these issues in my book ‘Terrorism: Law and Policy‘ that was published in March 2018 by Routledge.